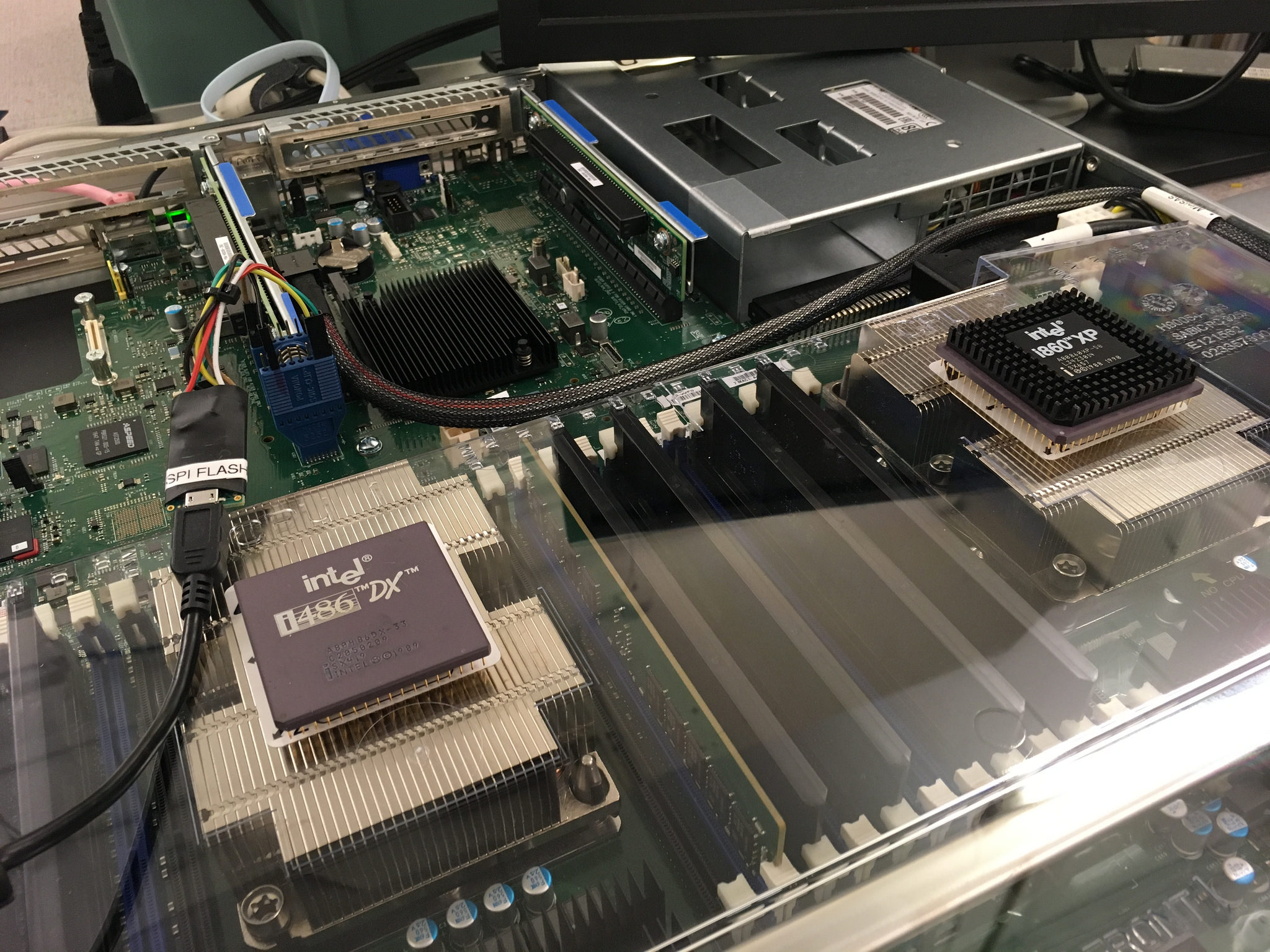 Just in case the front page did not convince you…

Initially, all three of these projects were called NERF. Because this would have only become more confusing, and because we do not want to be prescriptive of the initramfs, we named the Linux kernel in firmware LinuxBoot.

Will Anyone Ever Ship This?

Facebook and Arista Networks have implemented LinuxBoot with coreboot in a joint effort for the Arista 7368X4 network switch.

Do I Need A coreboot-compatible Motherboard?

No, LinuxBoot is compatible with UEFI as well as coreboot. You can use LinuxBoot as a UEFI DXE or as a coreboot payload. See Ron Minnich’s talk “Replace your exploit-ridden firmware with a Linux kernel”: video / slides

Our generally recommended approach is to use the Linux kernel in ROM to locate the actual kernel you want to boot, verify it is signed as you expect, and boot that using kexec. This could be done by implementing PXE booting in userspace, or finding a kernel on a mounted disk, or whatever way you desire. You may want to check out NERF or HEADS for tools to do this (see section below).

As part of the hardware setup the so called “SoC” init is required. It consists of the platform bring-up and memory training. If the RAM training succeeds the Linux kernel can be loaded.

Under x86 architecture there is no cache as RAM support from the beginning of the platform init. Therefore, a register must be used as memory in order to initialize CAR.

In order to do RAM training some sort of memory is needed. That is why the CPU caches are utilized.

What about SMM, ACPI, PCI DT and GFX init?

Graphics init and PCI Device Tree enumeration are already part of the linux kernel. System Management Mode can be integrated as well. ACPI table generation is currently not supported and should be done by the firmware instead.